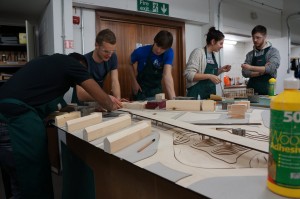 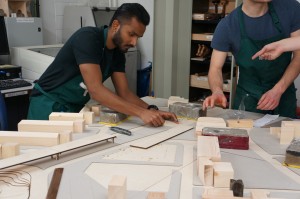 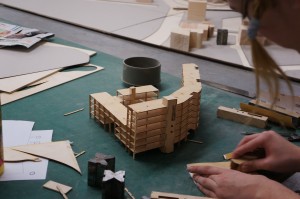 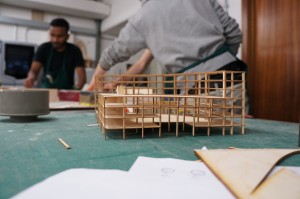 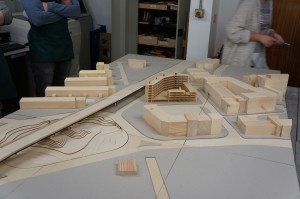 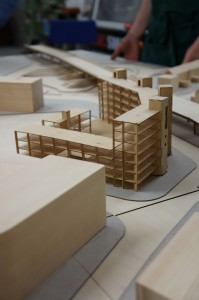 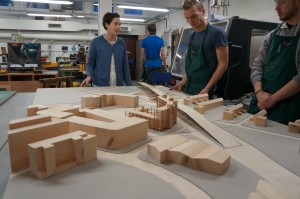 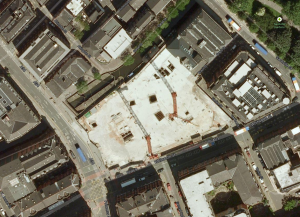 Intimate Cities student Laura Minca has designed an ever changing settlement within the city centre. The site, on the corner of Whitworth Street and Princess Street in Manchester has been a site of a stalled project for some years now. Laura’s concept would allow the site to continue to expand and develop as required with a construction crane remaining on site to build as the site needs evolve. 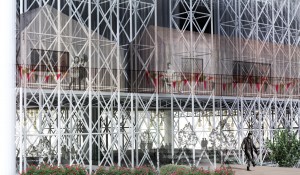 Laura gives us a description of her project below:

The project aims to initially investigate the city of Manchester under a temporal lens, focusing on the spaces â€˜in-betweenâ€˜ worlds, â€˜in-betweenâ€™ stages of development that resulted following the economic downturn. At the heart of the cityâ€™s commercial and conservation area lies Origin – unfinished, incomplete, abandoned, hiding behind faded slogans of glamour and projected fantasies of luxury living and work opportunities.

The research and output developed as part of the [Intimate Cities] Atelier will be focused on the current condition of the Roma groups that have targeted the United Kingdom ever since Romaniaâ€™s entrance in the European Union in 2007. Although their â€˜nomadicâ€™ condition is debatable and its deriving taxonomy should be reassessed, the Roma groups provide a fascinating case study in terms of a traveling communityâ€™s continuous struggle to adapt within fluctuating social, political and economic climates.Â

The temporal context of the project is set starting with January 2014 when the transitional controls on free movement adopted by the UK will end. Following the lift of the travel restrictions and free access to the UK labor market, a high influx of Romani groups are expected to arrive and settle within British and implicitly, Mancunian territory.

Drawing on dichotomies of spatial purity and impurity, on notions of boundary, transience and spatial justice, the scheme proposes a temporary, modular structure that plugs into the existing site infrastructure – a contemporary Roma camp, aimed to provide the incoming community with a set of architectural and spatial principles that develops incrementally.

The focus on temporary, adaptable, shared spaces challenges the sedentary predisposition specific to Western architecture and its affinity towards grand, enduring structures. The approach is driven by the idea that architecture functions as an ideology in built form, that homes are more than just fixed dwellings, more than just sheltering devices: they are tools that enable the communities that use architecture to carve their identities and redefine visions of themselves and their collective subconscious.

This is not a scheme about pristine, perfectly aligned spaces and sleek technologies, but an exploration of imperfection, of the random and the improvised. A breathing, ever-changing structure that echoes the unconventional ways of the Romani people and their ability to adapt in any given environment. (Laura Minca 2014)

Concept renders of how the site would look. 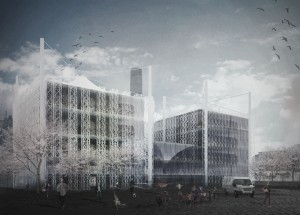 The scaffold construction that makes up the bulk of the design was represented by engraving the framework on acrylic sheeting and rubbing in acrylic paint to the define the details. This effect is much more efficient that attempting to construct each scaffold piece or laser cutting the frame at this scale. 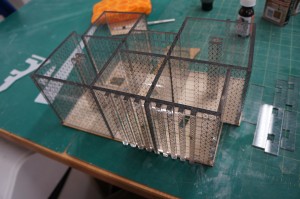 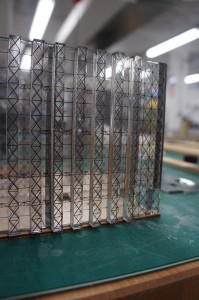 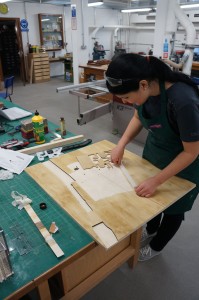 Laura used wood stain to define the site from the surrounding area. this was achieved by masking the edges and applying more coats of stain to darken her site footprint. 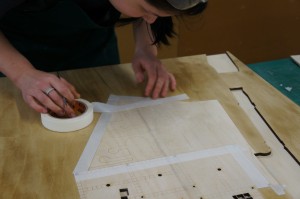 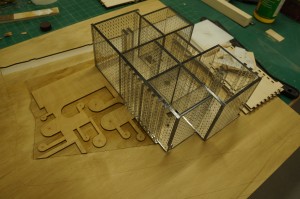 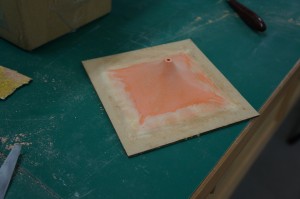 To create the tent like canopy above each area of the site Laura used a vac-formed sheet to create the draped fabric aesthetic desired. This was achieved by creating a former using Ureol Modelboard which was sanded to the correct shape then placed on a base to sit on the bed of the vac former. 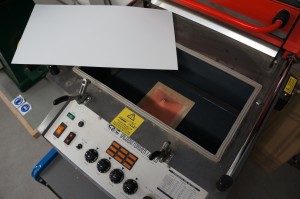 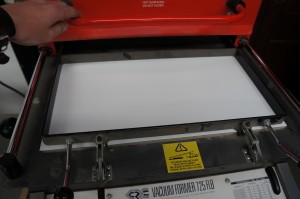 The vac forming process involved heating up styrene vac-forming plastic which is then suction formed around any given shape. 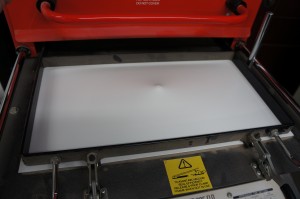 The completed form is then taken from the bed and trimmed to size for use on the model.Â 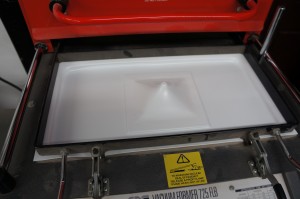 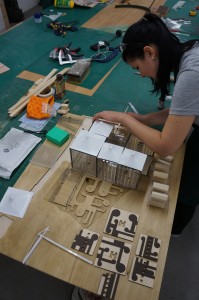 Further detail was added to the internal floor spaces using laser cut cardboard fixed to plywood floor plates. This plates were then assembled and slotted into place into the main framework before having the roof canopies fitted above. 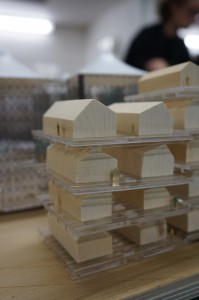 Laura used brass etched scaled figures to convey the use of the spaces with figures dotted around the site and near the context. Small pine cones were used to represent trees which always works well with wooden based models. These can be found on various trees and bushes around campus!Â 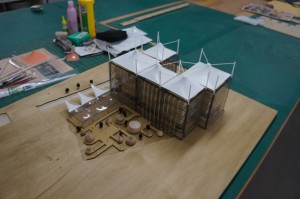 Once all scale elements were added and surround massing models were made using Jelutong block, the model was moved into the studio for photographing. 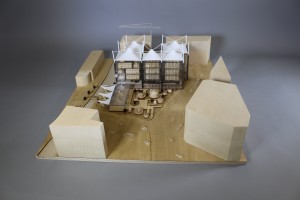 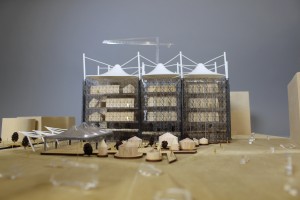 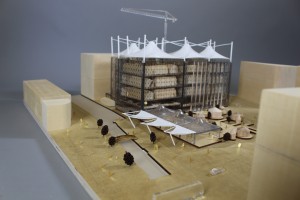 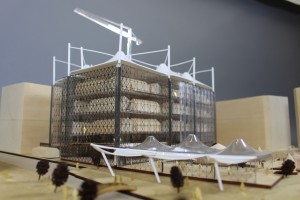 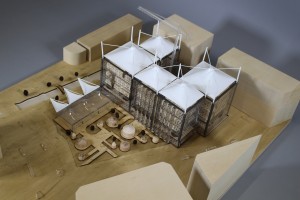 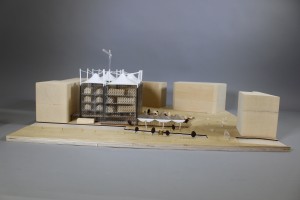