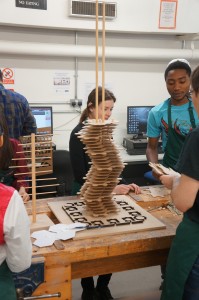 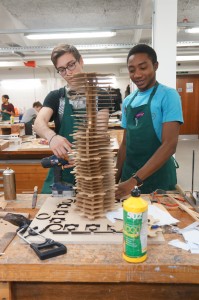 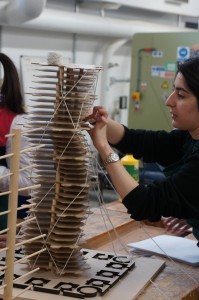 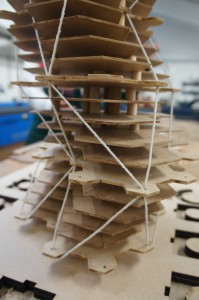 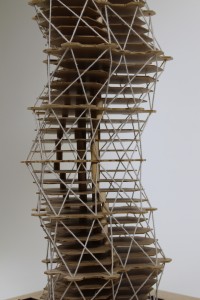 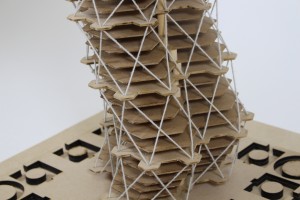 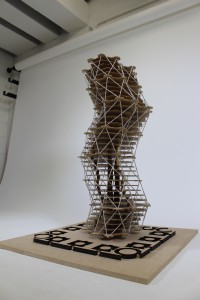 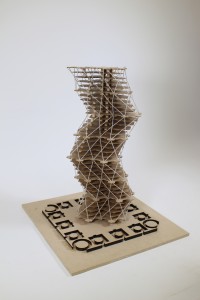 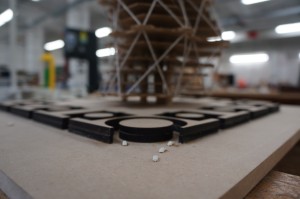 This site is currently a car park in Manchesterâ€™s Northern Quarter. Saskiaâ€™s 3rd year proposal for this site is a new development providing a space for the â€˜socially un-welcomeâ€™. The development would include a skate park, hostel and other spaces for urban sports.

For this project Saskia used different coloured acrylics to represent different sections of her proposal. 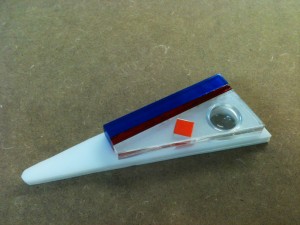 Architects Rogers Stirk Harbour & Partners favour this style of model during their design development stages. Â Providing the CAD files are set up and drawn correctly this type of model can be a great quick addition to a project, this example took around 5 hours to draw, cut and assemble incuding some trial and error!