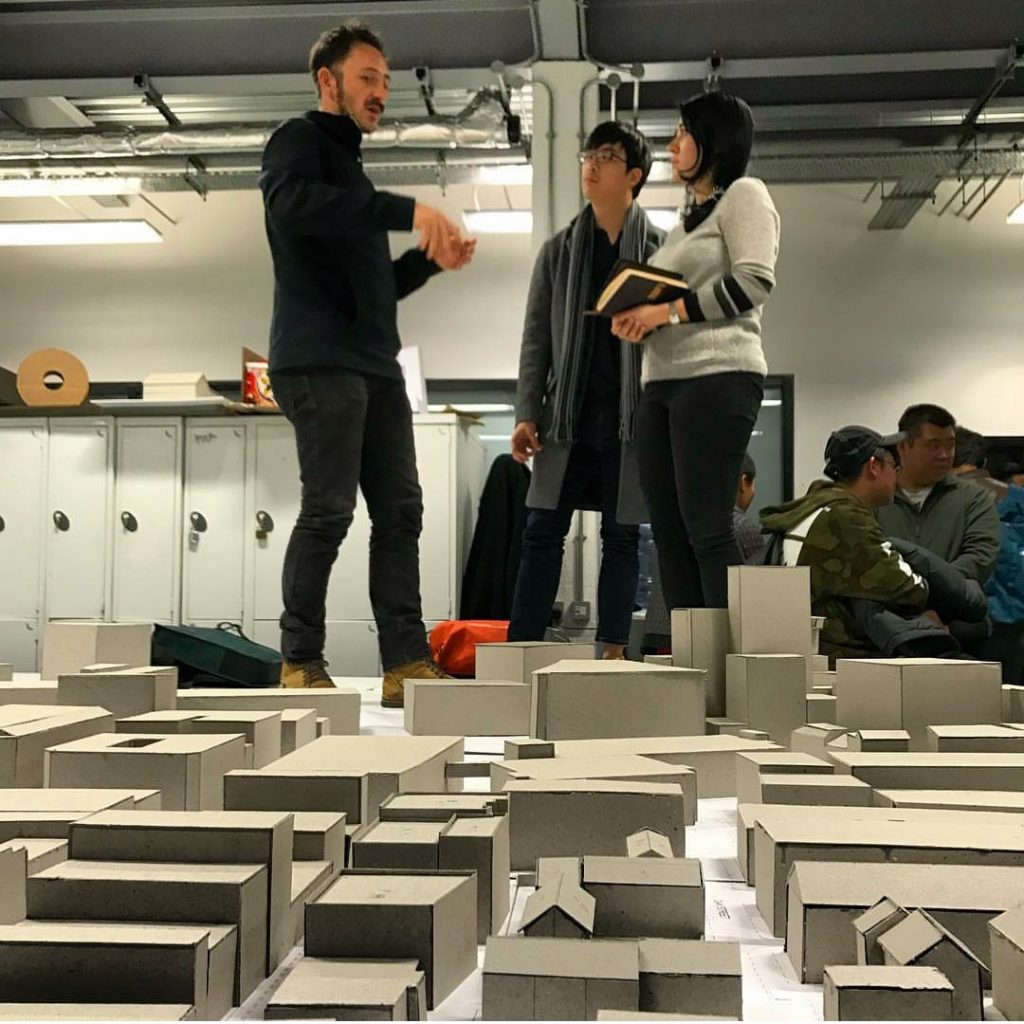 We initially had a measured drawing of Northern Quarter but the scale on paper didn’t help us understand the context to its full extent. For part of our project a public consultation was scheduled at the Craft Centre and a model seemed like the best way to translate design to “reality” for the studio group and to the public.

We’ve learnt that physical objects are easier to grasp by laymen over technical architectural jargon and so this 3D manifestation seemed like the best way to explain our design process and showcase how our many ideas interlinked. 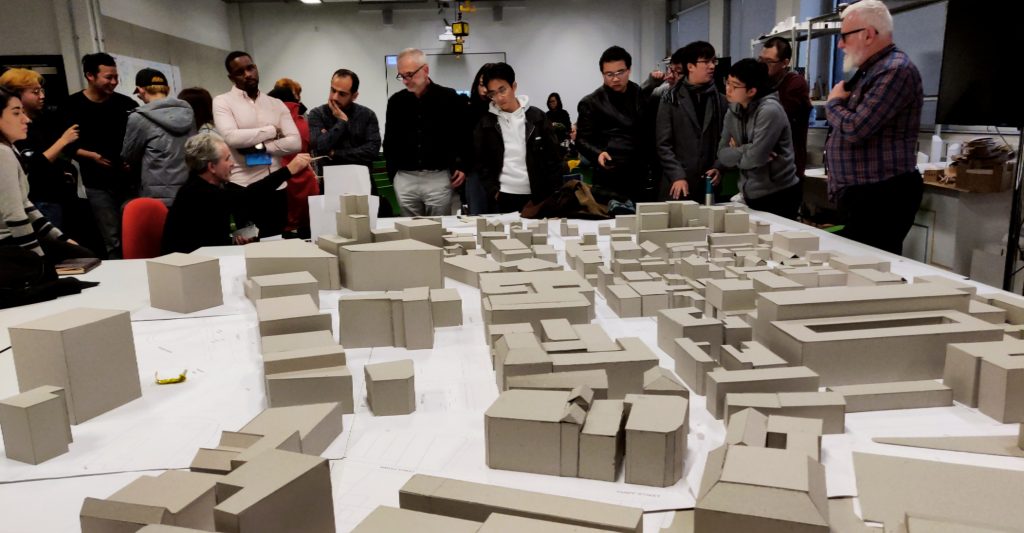 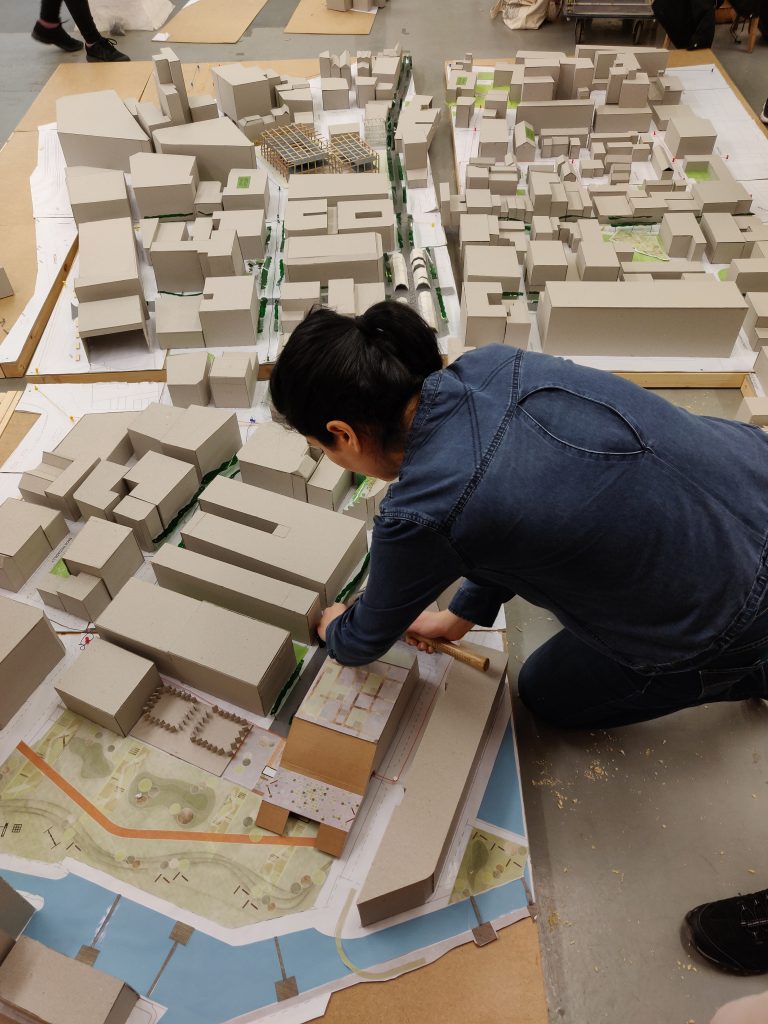 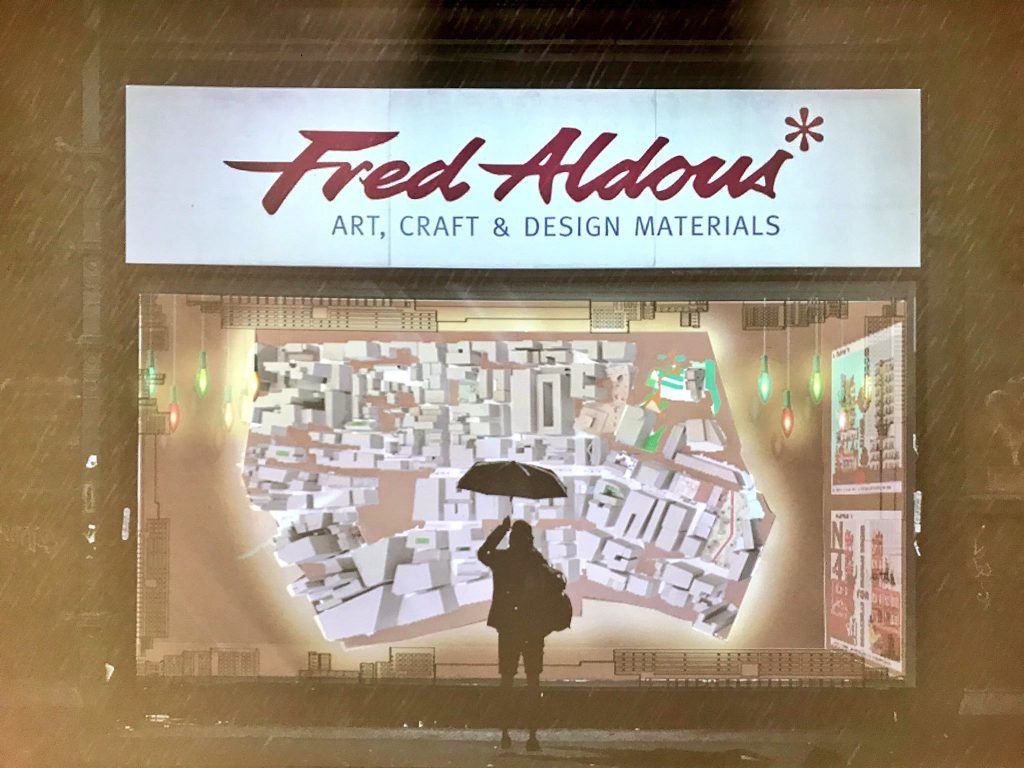 Working in the studio space, the model was used to get a better understanding of scale (context and individual buildings), to figure out scope of the groups design interventions. It allowed us to plug in ideas to see how they worked, how we could link different concepts into one narrative and to holistically figure out new transport routes and better identify pockets of relief.

Initially, around 20-30 members broke the whole model into smaller zones to execute it. It took around a 5 day week to get the initial model done. And then around 10 – 15 students worked for another week to prepare it for public display in Fred Aldous shop front. 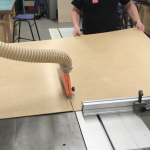 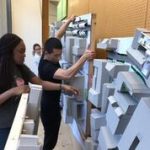 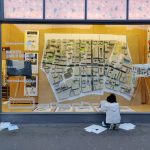 Since the display was completed the feedback has been positive. We have observed people pause and stare, we’ve gotten comments on how to better design it for the public to understand. People who have seen and read the articles and the brochure on the studio have since made a trip to the store to check out the model. The model will stay in the window until at least the end of March, but its next home has not been decided yet. 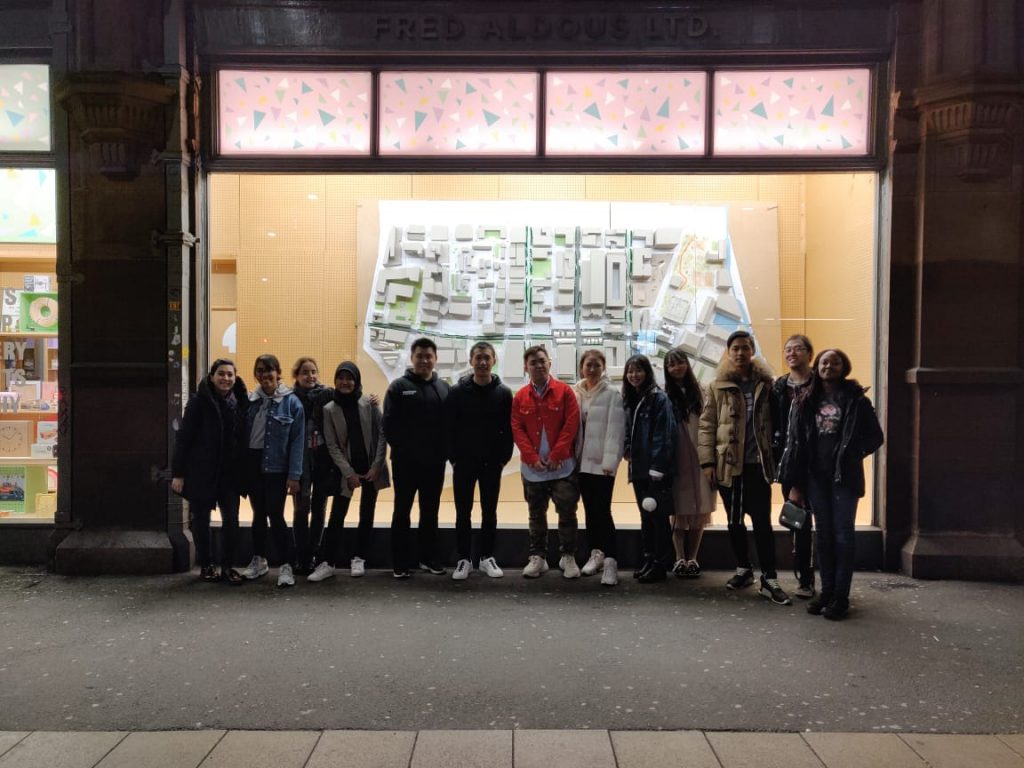 It was an interesting experience for everyone as the scale of the model made it probably the largest one that any one of us had worked on. In the studio it  helped all the students to better work together. The process was grueling and physically exhausting towards the end, but the end product makes it worth it! 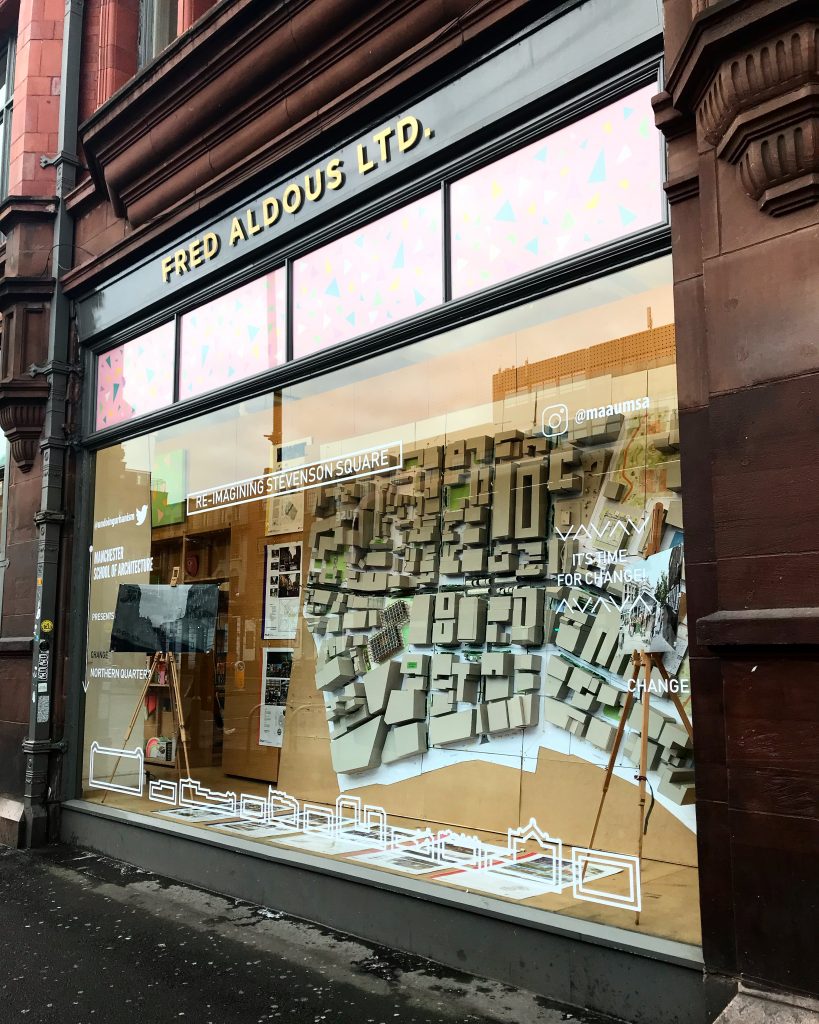 It’s great to see the model being so publicly used to get people talking about the architecture and urban spaces in an area which has been subject to a number of controversial changes over the last year. Individual student proposals were published in the MEN giving the project further coverage in the region.Read the article here.

Thanks to Dorcas for explaining the project in more detail.

“I’ve always used models as part of the narrative of a project. It’s like having the site in the studio or practice so you can consult the model any time you need”

MSA established its year long MA in Architecture and Urbanism in 2006 and his since grown from strength to strength in numbers and, of course, staff. This October, Chilean architect Claudio Molina Camacho will be welcoming new students to the course for his first full year as associate lecturer for MA A+U and BA second year.

Having completed a number of full scale projects in Chile and taught at MSA part-time, we sat down with Claudio to ask what it means to him to make models in design and if they are still relevant now he’s back in education as an associate lecturer.