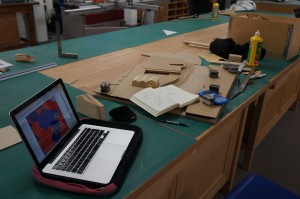 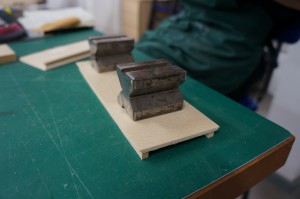 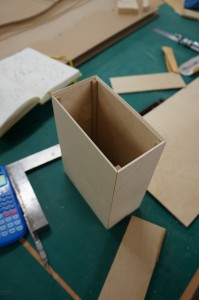 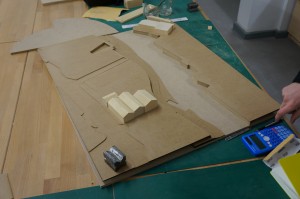 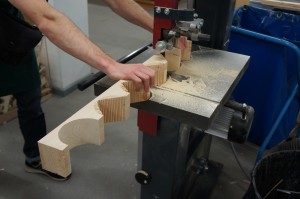 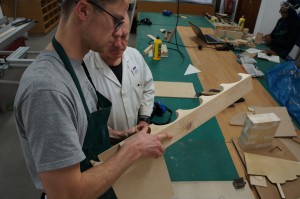 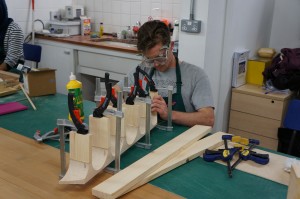 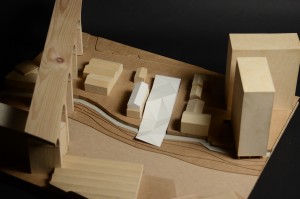 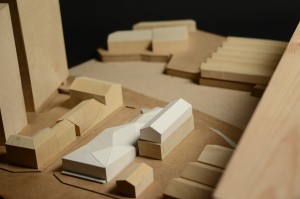 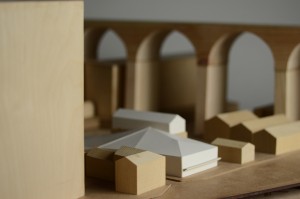 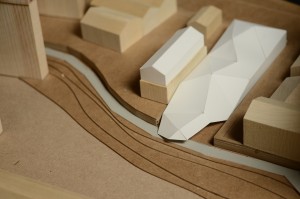 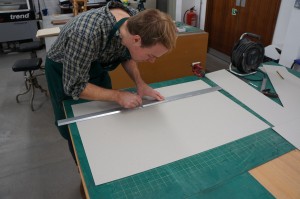 Rather than using heavy and considerably more expensive wood to make their contour model, Continuity in Architecture students Ketil and Kristian opted to use grey board which saved them considerable time in cutting and money on materials. 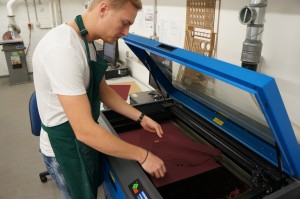 Rather than simply engraving the outline of the building footprints it was decided to make each a more defined presence by cutting down into the contours and layering in a maroon backing.

Ketil described the project for us:

‘The model is part of our master plan for Colwyn Bay, which is our 5th year project. We decided to focus on the topography of the area as well as viewing the model as a figure ground map (with the buildings sunk into the ground), to aid our initial master plan strategy. The model will be ‘replaced’ by a 1:500 model now for our massing studies, so it was primarily used forÂ our initial strategies for the town.’ 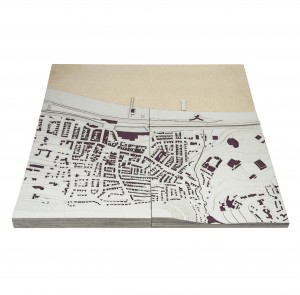 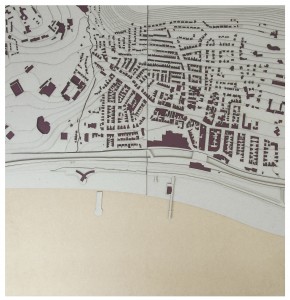 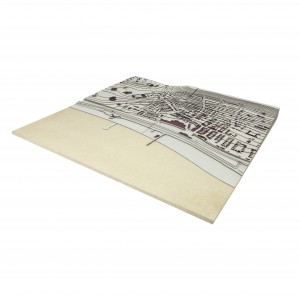 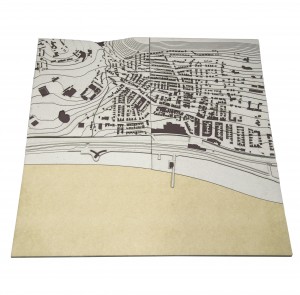