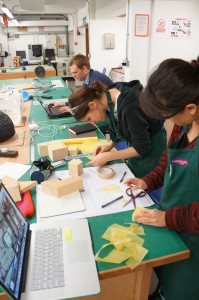 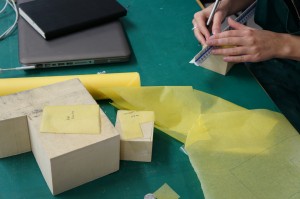 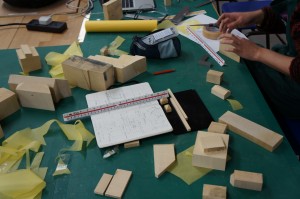 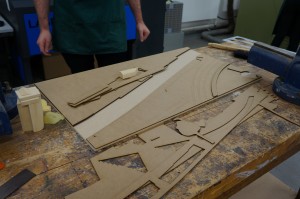 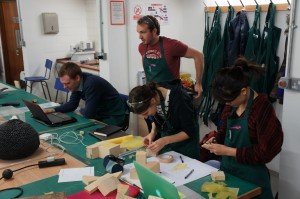 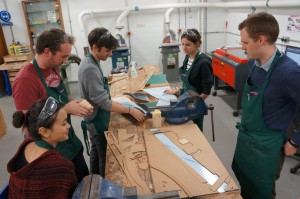 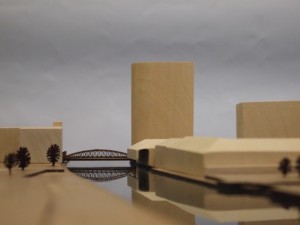 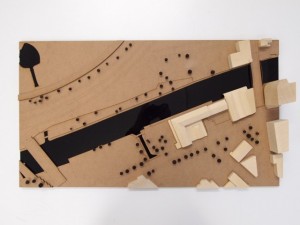 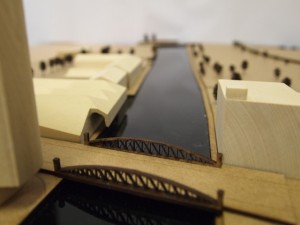 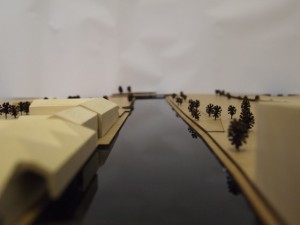 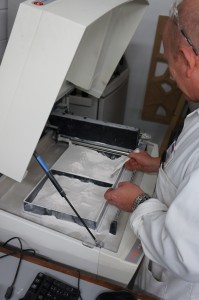 Lauren and Becky decided to create their site master plan using 3D powder printed components on a laser cut plywood base. The completed model looks great and shows in detail all the shapes that make up the exiting structures their chosen site. 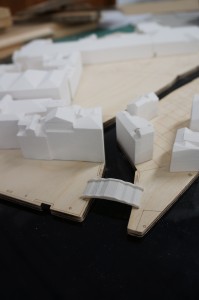 For those eager to try 3D printing it may be worth noting that this is a fairly unorthodox approach to making a site model due to the cost implications. This batch of printing came to a total cost of £116. When combined with other material and machine use time the total cost of the model came to around £150. This is minimal compared to commercial model costs but cheaper approaches can be carried out if cost is a concern. 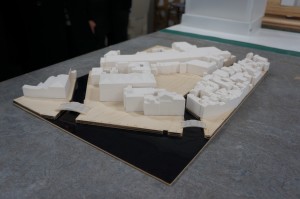 Despite these cost implications, the outcome is very successful and clearly conveys the level of detail sought for the project. The use of timber against black acrylic to represent waterways is a style often used by David Chipperfield Architects Models.