This first year group have made a great set of models to demonstrate the various design considerations used in this Louis Kahn design. The building was designed in 1969 but never built. 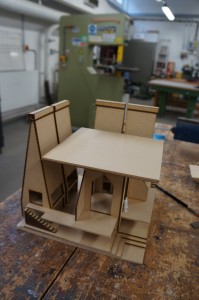 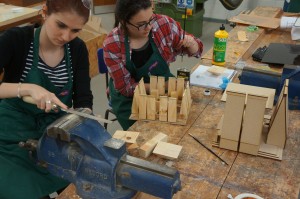 The group decided to produce a 1:50 section model showing the internal construction. This was achieved through a combination of laser cut and hand made components. The original design proposal was to be made from stone and would appear consistent throughout. For this reason the group decided to make the model’s using wood with light staining to blend the lighter timber with the MDF sheet. 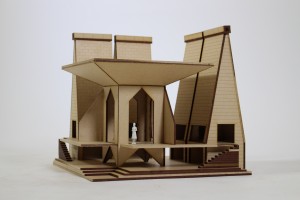 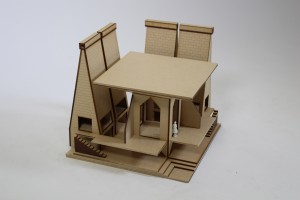 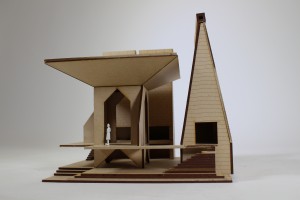 The groups 1:100 model (below) shows the extent of the proposed completed building. The group used pine to cut the outer wall components which were stained. A nice feature of this model is the ability to remove the roof sections to view the internal layout. 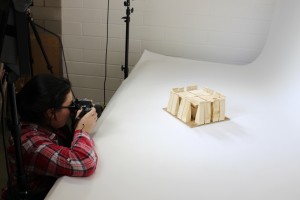 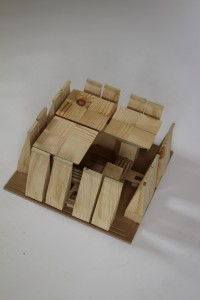 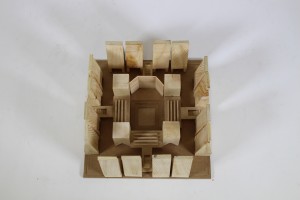 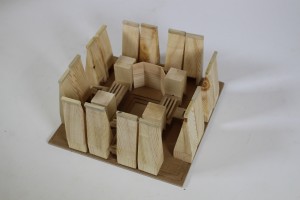 This is the groups site plan model demonstrating its relationship geographically to the nearby mosques which had be a key element of the design from an early stage. The line of sight is shown using red thread across the landscape. 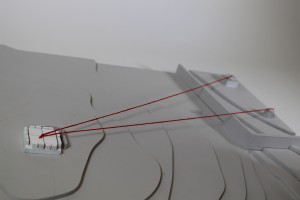 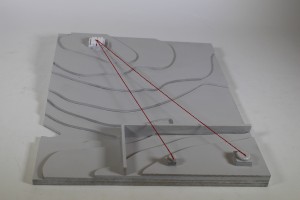