As part of his ‘Sensory Markets’ project Alex Pavlides has created a 1:1 section of brick wall to display a possible facade detail providing an organic coat to existing brick walls in Manchester. 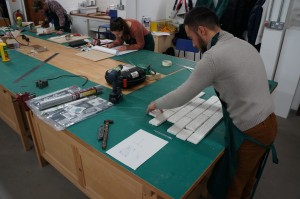 The approach to recreating the brick wall was much like that of Polys Christofi’s project last year but focussed on a much smaller area for the detail. Bricks were made using plaster casts from vac-formed moulds before being painted to resemble red brick and then pointed like a full scale wall. 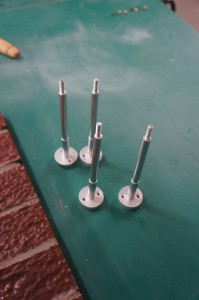 Details of the intervention were made up using laser cut acrylic bases, abs tubing and threaded rob before being sprayed silver to represent the intended metal finish of the mountings. The detail mounts were then fixed to the ‘wall’ and mesh was added to the ends creating an elevated platform to encourage plant growth in front of the wall. The mesh was then secured using washers and bolts. 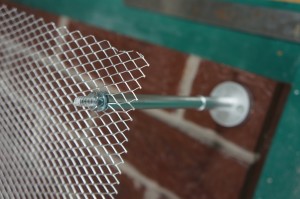 Alex describes his approach to the project:

“I’ve tried [to] introduce an intervention that makes the alleys memorable to the people by making the alleys acting as “landmarks” in the city. The intervention is about applying moss on different surfaces in the alleyways and create architecture from moss. I designed an external skin of the brick walls made of steel wire mesh and the moss will be applied on the mesh at different points of the city. “ 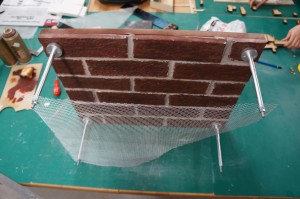 Alex is currently working on getting moss to grow on the mesh to be displayed later in the year and we look forward to seeing the results! We will post an update of how he progresses.