I have no doubt that many of you will have noticed the unusual 1:1 detail model that was developed here over the last few weeks before our Christmas break. Polys Chritsofi had decided he wanted to produce he structural study at 1:1 on a mock up brick wall facade. This was an advance on his previous cardboard mock-upÂ which was made at 1:2 Scale. 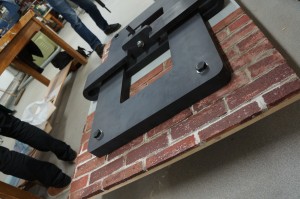 The journey from idea to reality was an interesting one with several learning curves along the way. Rather than using brick slips (thin cut brick faces) to create the brick wall backdrop Polys decided to use vac formed moulds to create plaster bricks to save on weight and cost. It was an unusual approach that turned out very well. 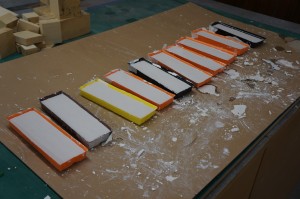 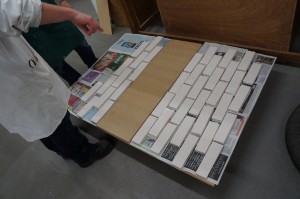 The detail itself was largely CNC’d outside our workshop and brought in for assembly and finishing. To create a smooth joint between cut components the pieces were laminated together and clamped to dry before being coated in sandsealer. 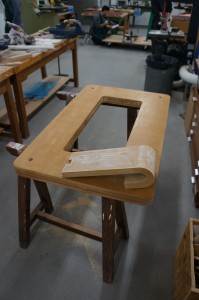 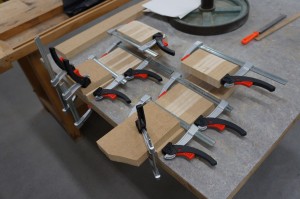 Applying sandsealer, sanding and repeating is oftenÂ necessary to achieve a smooth finish on pores materials such as MDF. Any flaws in the surface can further be smoothed using a filler. When the finish was smooth after much sanding, the components were primed with spray primer and painted with a roller. 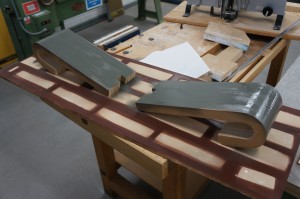 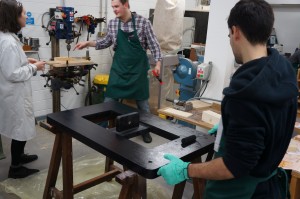 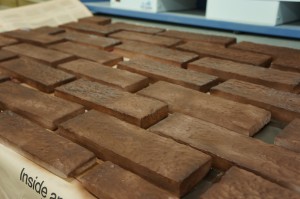 The plaster bricks were painted with spray paints and individual speckle detail added by hand later. The bricks were then fixed to a back board with an imitation lintel as featured on the actual detail. Once fixed to the back board it was clear the piece would be awkward to move and it was decided that the facade should be made into a skate by fixing wheels that would allow the whole model to be wheeled around.

The bricks were evenly spaced and fixed with Grip Fill adhesive.Â 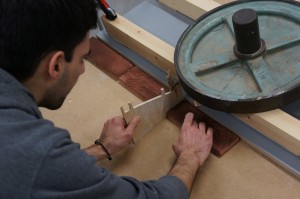 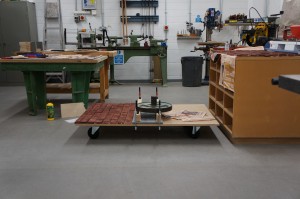 To finish the look of the facade mortar was mixed and applied to the joints in the same manner as an actual wall would be pointed. Polys had no experience of this but with a little guidance from Jim was able to get the job done. 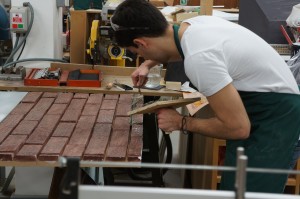 Finally the finished components were assembled and bolted in place on the facade board. This level of realistic detail is rarely necessary to convey a design and could be argued is not in this case but the new skills learnt through the process, and their application in later design ideas, will undoubtedly prove very useful for Polys. 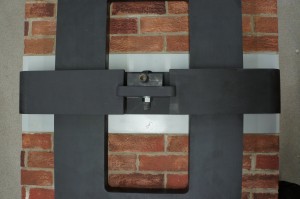 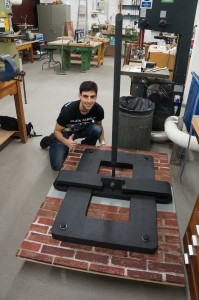