Second year groups were asked to produce a 1:20 detailed section model of their construction pack which was provided by another group in the year. The objective of the project was to use the model to demonstrate their understanding of the buildings construction in terms of its technical details, services and environmental performance. 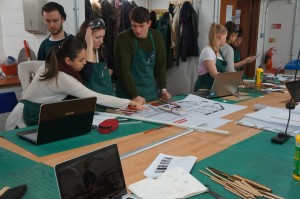 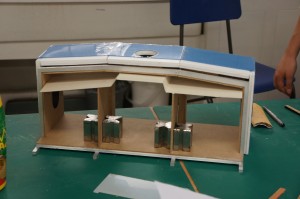 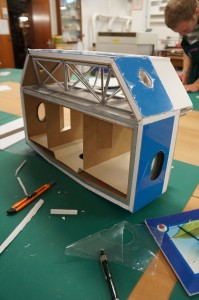 This groups building, known as ‘Halley 6’ is the British Antarctica research station. The chosen section featured two supporting legs and look at internal structural elements in relation to the outer facade as well as ducting voids.

The submission was given in alongside a report including a 3D Digital structural model that also showed the main structural components. 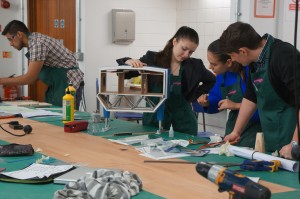 The model was made using plastic tubing for structural space frame components, vac forming plastic sheets to form the leg supports and clad the exterior. In order to make the leg shape a former was made to wrap the plastic around which was heated and glued into shape. The leg assembly and skis were represented with laser cut elements that were spray painted. Flooring and interior walls were made using 3mm MDF. 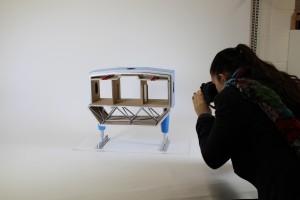 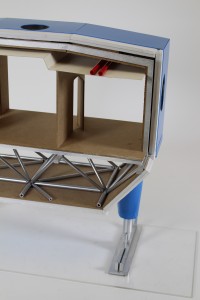 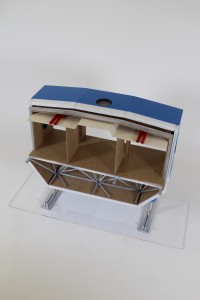 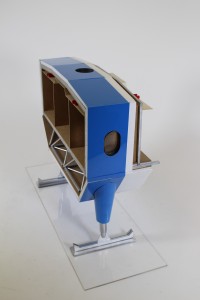 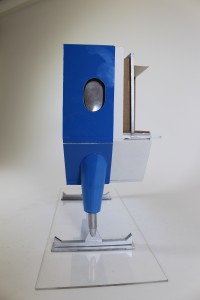 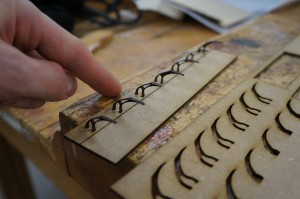 Moving on from the first stage of this assignment the second year students have been refining their designs and fitting them to context. Scaled down models (above) were made to fit into bigger site plan showing them in context to surrounding buildings and landmasses.Â 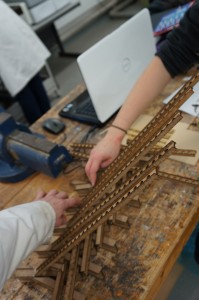 As was discovered in this case, fixing components or rather the design of the fixings on the components requires in depth thought. Whilst this structure was made to hold its form using adhesive, in reality a strong proven junction would be required and therefore this design requires more refinement.Â 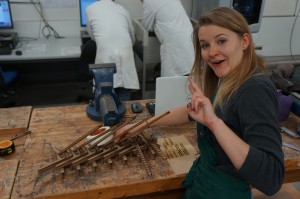 This site plan block model featured a removable contoured section made from cardboard where the various sample structures could be placed to demonstrate their relationship with the site. 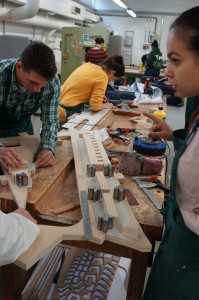 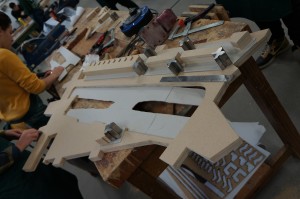 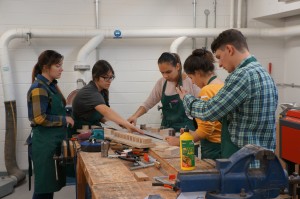 Last week 2nd year students were given the task of further refining their designs for structural elements. By taking their initial ideas to the next stage they came up against many more problems to solve in particular how joining replicated components would work in practice as they made seven identical units to work with one another towards supporting a structure or forming a building form.Â

In many cases designs will test the limits of the machines available anda degree of initiative will be required to solve the problem. In Georgia Govan’s case the angle she required for her components to fit together was too sharp to be machined and the profile nature of the laser cutter meant she had to use a ‘Jig’ to get the job done. This side of a task can often be time consuming and should not be underestimated. A lot of thought is required to design an effective jig but it’s worth the effort and the learning curve you will go through.

Marco Wan had an interesting approach to creating the curved planes for his design. This process is called ‘glulam’ and as the name hints at, involves laminating sheets together with layers of glue and material whilst clamped in a given shape. This produced a very strong formed shape that can and is used for many 1:1 building applications. Very nice to see a student employing this technique in their model development.

2nd year student Andra Calin has been developing a structural concept model that is expanding on a sketch model inspired by the form of a bird. Initially Andra produced a paper model of her idea which loosely defined what the structure would look like. For this next model she has increased its scale and added more detail. This kind of model will raise questions regarding connection detail and overall practicality of the structure.

For me its these intermediate types of development model that are the most fun to construct as they help clearly define details that can be replicated or improved upon and I hope to see more of these in the coming weeks as these ideas progress! Scott